, 1. Kenny Wheeler - Flutter By, Butterfly (Soul Note) Kenny Wheeler (flgh, cornet) Stan Sulzman (tenor & sopr sax, flute) John Taylor (piano) Dave Holland (bass) Billy Elgart (drums) Kenny Wheeler was born in Canada but moved to 1950's England in his early twenties. He didn’t inform his parents and when they eventually contacted him he claimed he’d enrolled at a London university. They got in touch with the university who said, ‘we don’t know any Kenny Wheeler’. While all t 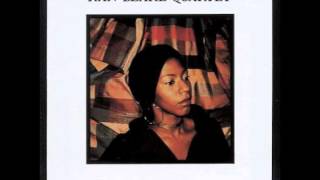 1. Ran Blake - Short Life of Barbara Monk (Soul Note) Ran Blake (piano) Ricky Ford (tenor sax) Ed Felson (double bass) “I worked as a waiter at the Jazz Gallery. I was canned for dropping a tray, right in front of Sidney Poitier and James Baldwin. I got taken back but busted down to kitchen duty, where I was taught to make fried rice for Thelonious Monk.” Ran Blake Intriguing one. Another musician with whom genres are always a little unsteady, Blake had been on the avant-gar