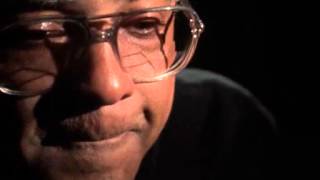 1. Listen Up! The Many Lives of Quincy (1990) This got panned on release. Critics hated what they saw as a failed effort at an artsy documentary. It’s slightly depressing that anything asking more of an audience than stop, stare & listen is forever cast as “taking itself too seriously”. I don’t think anyone disputes that purely technically, the editing is on another stratosphere, but I think it works conceptually too. It is the ultimate jazz documentary in that it’s cut like