After listening to his solo percussion album, Nobody's Husband, Nobody's Dad, I tried guessing what Maurizio Ravalico would pick. Harry Partch? M'Boom? .... before remembering that he used to play in Jamiroquai and is a member of Collocutor, so I changed up the pattern. Orlando Julius? Yusef Lateef? Stevie Wonder? Well, see for yourselves but I came up short.

"This is from Blonde on Blonde, my favourite Dylan’s album, on a par with Highway 61 Revisited musically, but possibly his all-time literary peak. I think the best way to listen to this album is on acid; not so much for the music, as for the lyrics: the unexpected, visionary, hyperbolic associations of subjects and concepts are enough to make any receptive mind whirl upwards into higher planes. These ten seconds are only one sentence, but here is the rest of the fourth stanza, the one that gave me the first hint of all the above."

Inside the museums, Infinity goes up on trial

But Mona Lisa musta had the highway blues

You can tell by the way she smiles

When the jelly-faced women all sneeze

Hear the one with the mustache say, "Jeeze

I can't find my knees.

" I don’t even know exactly what it is… Maybe just the fact that I’ve heard this piece for the first time when I was a teenager, and I was experimenting with a lot of drugs. I’m not sure, but I’ve listened to this track repeatedly over decades, and the impressions is still the same: this is what my brain sounds like. Not my ideas, not my fantasies, not even my musical imagination: this is the actual humming and hissing of my brain in operation.

(Water Music is part of a tryptic, which includes a version of Peter Gabriel’s Here Comes the Flood. This video includes the lot)"

“This tune comes almost at the end of one of the most epic sagas of youthful self-identification that prog rock has ever generated. It’s after Rael, the main character, has decided to miss his only chance to go back to his familiar daily life, and to stay forever in an unknown and forsaken place in order to save his drowning brother; it’s also few minutes before he realises that his brother is his own self, and that everything around and inside him is one and the same thing.

These few chords from Steve Hackett are the prelude to this last fantastic twist of the story, and there couldn’t be a better way to portray in music the peace that comes after a perilous adventure, just moments before you make a last leap into the new you that the adventure itself has brought to life."

"Tin cans, man! How to ever grow tired of yet another chance to turn into beauty the endless stream of junk constantly belched out of the purulent cornucopia of modern society? As a percussionist you always live in the certainty that you only have to gather any three or four objects of the same kind - any objects: roof tiles, metal pipes, stones, clay pots, plastic containers, you name it - and you have a functioning musical instrument at hand. In 1939 Cage stated that "Percussion music is revolution". Long after the emancipation of percussion in music hierarchy has become an established commonplace, this statement has only shifted its focus, but has never lost its actuality. No matter at what stage of evolution you are as a society, percussion music will always be there as a divine tool, offering you the chance of experiencing reality on different planes."

"I’ve never been much of a Popol Vuh fan, apart maybe from Nosferatu’s soundtrack, where they seem to blend so seamlessly with Wagner; but this album has always been a league apart from all the rest of their production for me. Part of it is the strangely pan-religious theme in the lyrics; but the orchestration is also quite unusual for them, and the melodic lines are more articulated than in most of their music. There’s a haunting quality to the first few chords of this tune, something which immediately transports you into a world of unspeakeable depth, at once far removed from everyday life and yet somehow compellingly rooted in it."

"More John Cage, I know. In its disarming simplicity this little composition is never too far from the surface of the magma of my musical imagination. It’s one of those things: like the combined memory of all the trees you’ve seen in your life, all the birds you’ve heard singing; I guess John Cage would have been pleased with this comparison.

I don’t think there is a piece of music that gets paraphrased more often than this one in my musical discourse, both composed and improvised; especially in my solo percussion work. These ten seconds are from the final section; the phrase is to be repeated seven times, with no rush, to bring the piece to conclusion, and it’s just one of the dozen ideas that this composition has to offer on how to deal meaningfully with one-line melodies, silence, repetition, natural reverberation, sound palette choice."

"Am I being too banal here? Maybe not. I was thirteen when this tune was released; I still remember the first time I heard it, back from school, from the local radio: I crouched down to the floor, with my head in my hands, thinking this is the most epic you can possibly get in music - and I meant epic in the proper legitimate meaning of the word. When you’re thirteen there’s not much music you’ve heard yet, and you’re easily impressionable; but fourty years down the line, after rivers of music have passed through my ears and heart, my opinion of this track is still pretty much the same, and that accounts for something.

David Bowie is one of the reasons why I’m a musician in the first place, and still to this day he’s a constant inspiration and a steady reference for what it means to be an artist, both as a means of self-healing for the artist himself and as a facilitator of human societies’ spiritual self-regulation."

"A monumental piece of free music. These ten seconds are the final moment of release of a tension which has been accumulating for over 13 minutes. Surely there are tons of other earlier and more seminal works of free music out there, but this particular one has always been a league apart for me: the singleness of purpose throughout the track, the unhesitating energy, which stays unvariably dense, fast and fortissimo for the whole duration of the piece, did something for me that no other tune has done before, the first time I’ve heard it, at a young age, and left a permanent mark on my musical direction, and my ideas of beauty in a musical performance." 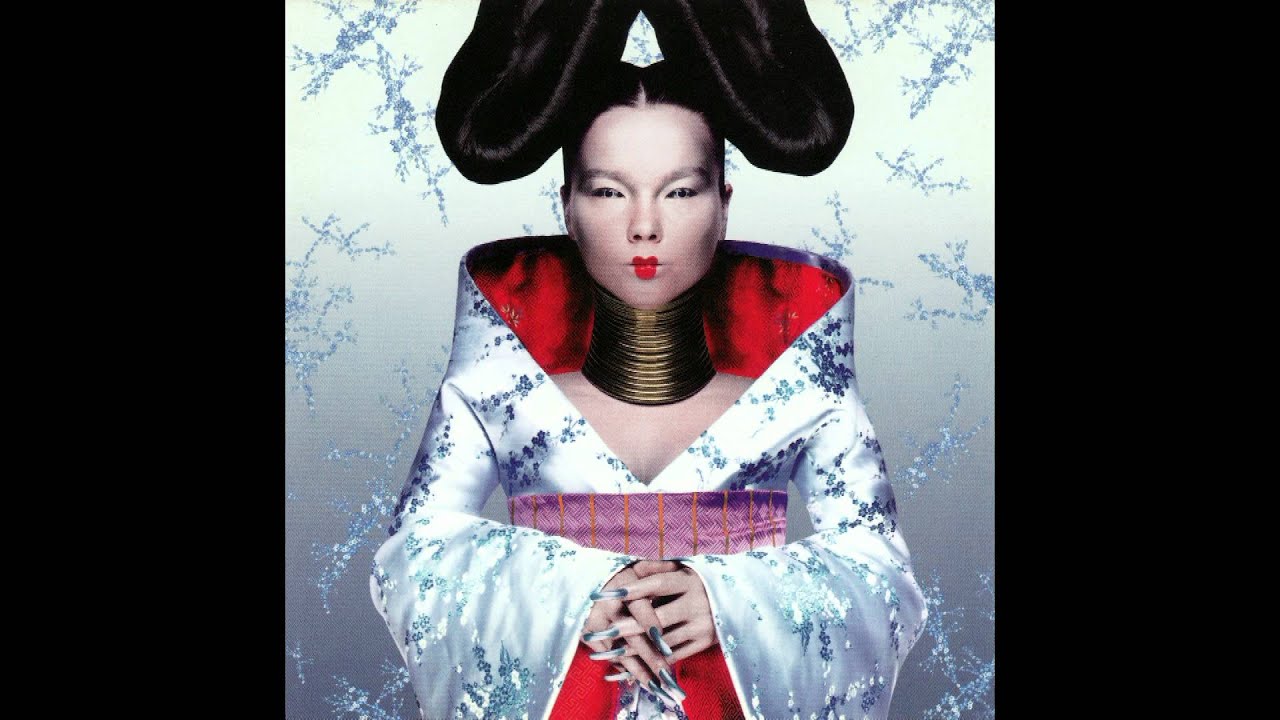