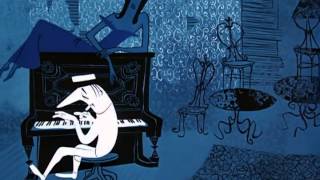 25. Rooty Toot Toot (John Hubley, 1951) Phil Moore Made a year after Kurosawa’s Rashomon was released, “Rooty Toot Toot” with its retelling-of-a-murder-through-several-perspectives narrative, must be one of the first creative works to jack the most jacked film of them all and is widely considered one of the most beautiful short animations ever made. Not that Columbia could see the value in any of this, going public in their condemnation of "RTT" as highfallutin (loosely inter